Ever since this affiliated branch centre was ushered into existence, the Math has collected large amounts of money for meeting the expenses of relief and rehabilitation of the victims of natural calamities, like cyclone in Divi Seema (1977-79), earthquake in Latur and surrounding areas 1993-96, and, again, cyclone havoc caused in 1997 in the coastal regions of Andhra Pradesh, and the Tsunami relief works of the Ramakrishna Mission.

Donations have been coming to the Math for this humanitarian-service from all over India and abroad. All these collections are routed through the Relief Department at the Belur Math, earmarked for respective relief and rehabilitation operations undertaken by the Ramakrishna Mission at the headquarters.

Being a non-government organization dedicated to the service of God in man, the Math is entirely dependent on the financial help extended to it by the generous public.

All donations are thankfully accepted and acknowledged. It is necessary to bring to the notice of the donors that all donations given to the Math are exempt from Income Tax under Section 80G of the I.T. Act of 1961.

Ramakrishna Math, Hyderabad – A brief report of the Relief done in the flood affected areas of Mahaboobnagar District.

The first week of this October month proved to be a bad period to thousands of farmers, weavers and agricultural labourers living in villages on the banks of Tungabhadra in both Kurnool and Mahaboobnagar districts of Andhra Pradesh.

This traditional rain shadow region where usual annual rain fall doesn’t exceed 120 cm, received unusual rain fall in  the shortest period.Coupled to this was the heavy rain received in the upper catchment areas of the adjoining Karnataka state. This lead to heavy inundation and flooding of the villages on the bank of the river.

The villages had been affected by both the flood waters of the river coming from the upper reaches and also by the back waters of Srisailam dam.  All the factors together contributed to a massive  14 to 15ft high flooding in the villages.

Many houses built of mud and stone collapsed and other houses built of brick and cement could with stand flooding. But the prolonged submergence destroyed all the home appliances, seeds, fertilizers, cloths and other belongings of the villagers. The flood shattered their lives. They have started their life afresh with the generous assistance given by many voluntary organisations.

Relief poured forth from the nook and corner of the country. Thanks to the charitable nature and philanthropic spirit displayed by the fellow country men. So many voluntary organisations responded immediately and came to the rescue of the people affected by nature’s fury.

These efforts of NGOs and individuals gave the emotionally stressed villagers much needed solace and succor in their hour of need.

Ramakrishna Math, Hyderabad did relief in the five worst flood affected villages of Mahaboobnagar district from 07.10.09 to 12.10.2009.  The first three villages are in Manopadu mandal of the district.

The first 1270 families were given a sum of Rs. 1000/- each to enable them to hire labourers to clean up their houses. 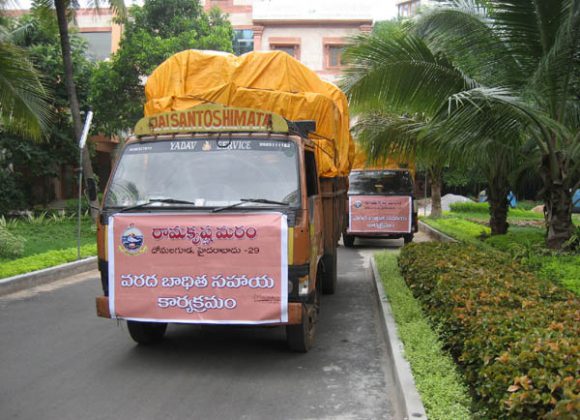 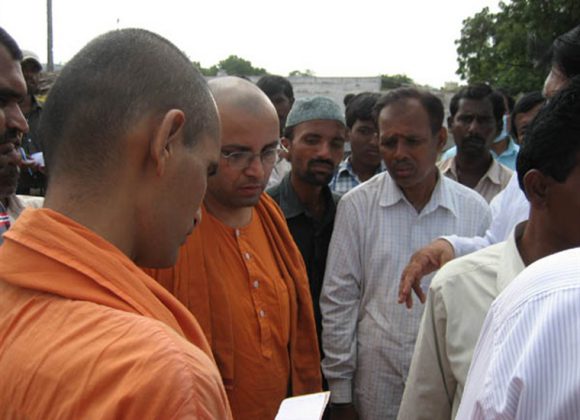 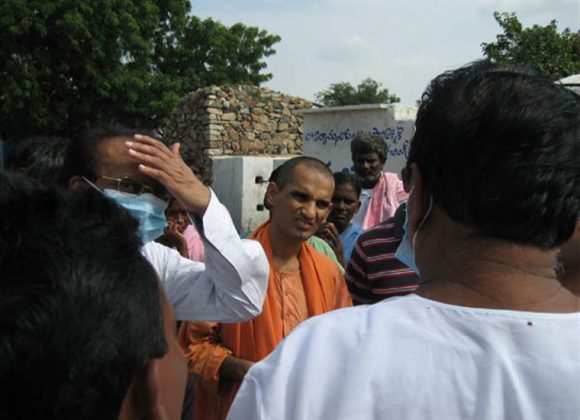 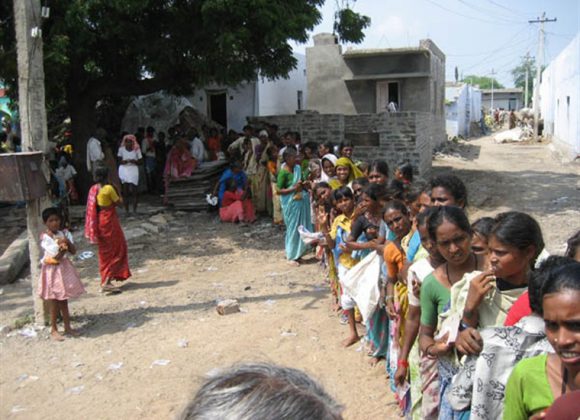